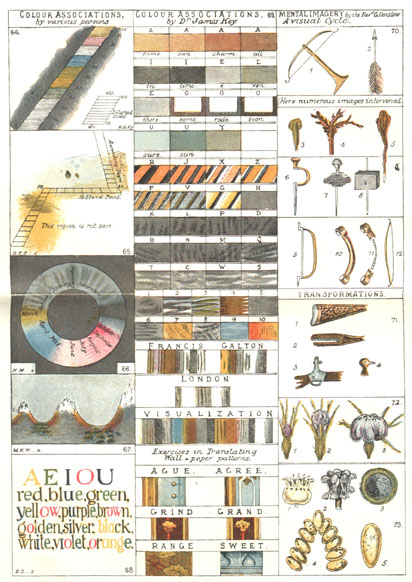 Galton was one of the first experimental psychologists, and the founder of the field of enquiry now called Differential Psychology, which concerns itself with psychological differences between people, rather than on common traits.  He started virtually from scratch, and had to invent the major tools he required, right down to the statistical methods - correlation and regression - which he later developed.  These are now the nuts-and-bolts of the empirical human sciences, but were unknown in his time.  One of the principal obstacles he had to overcome was the treatment of differences on measures as measurement error, rather than as natural variability.

His influential study Hereditary Genius (1869) was the first systematic attempt to investigate the effect of heredity on intellectual abilities, and was notable for its use of the bell-shaped Normal Distribution, then called the "Law of Errors", to describe differences in intellectual ability, and its use of pedigree analysis to determine hereditary effects.

Later Galton went on to suggest the use of twin studies to disentangle nature from nurture, by comparing identical twins to fraternal twins.  The research program that Galton initiated in this regard has developed into the important field of behaviour genetics.

Galton later broadened his study of human traits into general anthropometry, or "measurement of man", trying to find as many measurable traits as possible, so that their distribution and heritability could be determined.

His psychological studies also embraced mental differences in visualization, and he was the first to identify and study "number forms", now called "synaesthesia".  He also invented the word-association test, and investigated the operations of the sub-conscious mind.  His work in this area was collected into a wide-ranging volume called Inquiries into Human Faculty, which must be read today with Galton's broader research program in mind: to identify and measure variable human traits.